The earliest images of Gajalakshmi in India are found in Bharhut, Madhya Pradesh. Here, two elephants can be seen pouring water on goddess Lakshmi who is standing on a lotus. In Karnataka, earliest image is that of a pendant found in Thalakadu which has the embossed figure of standing Lakshmi with elephants.

Gajalakshmi, seated on a lotus flanked by elephants, can be seen commonly in lintels of door frames of temples and houses through out Karnataka. In some parts of Karnataka, Gajalakshmi sculpture is worshiped as ‘Bananthi Kallu’ – ಬಾಣಂತಿ ಕಲ್ಲು . On the occasion of a birth in the family, the idol is kept face down for the safe delivery of the baby. After the successful delivery, the idol is re installed to its original position. 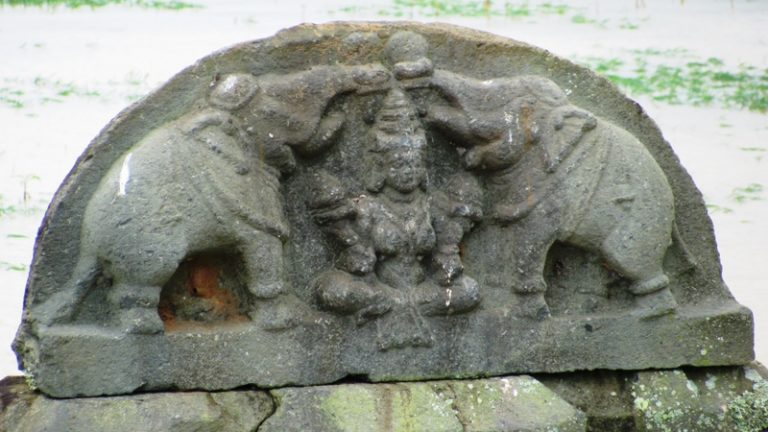 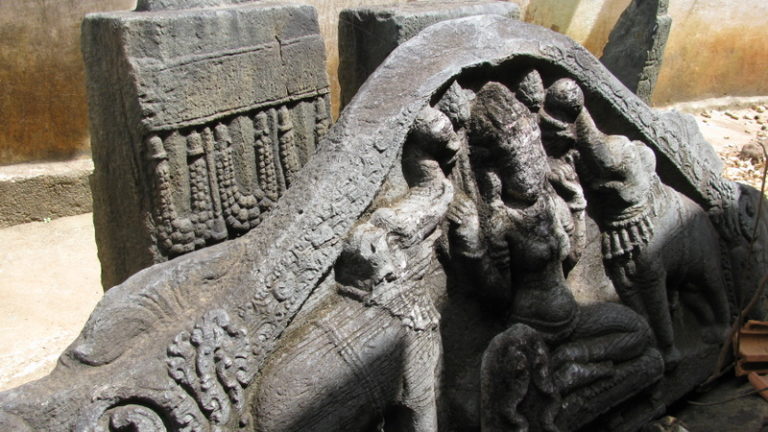 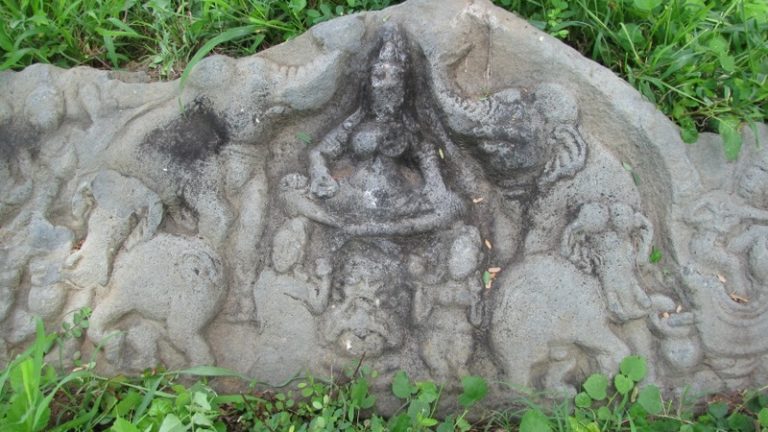 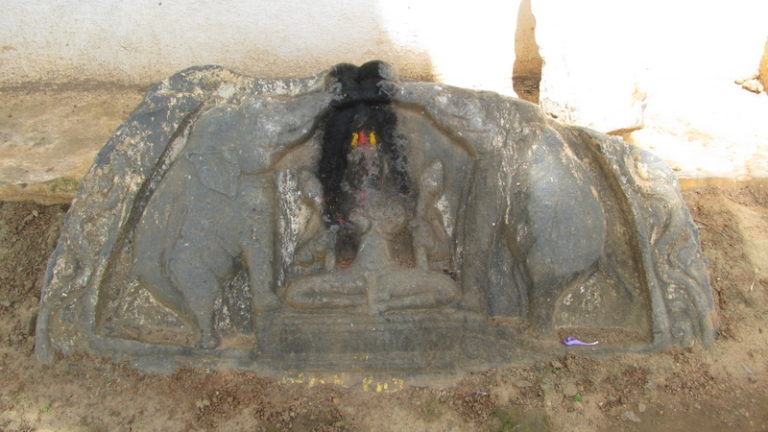 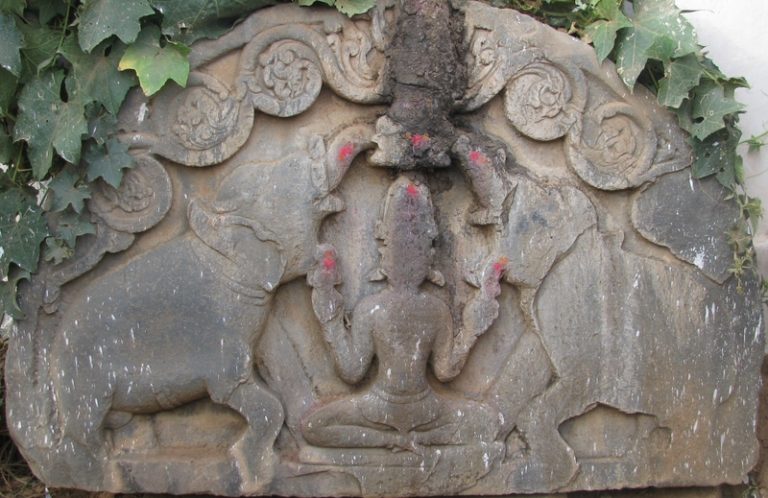 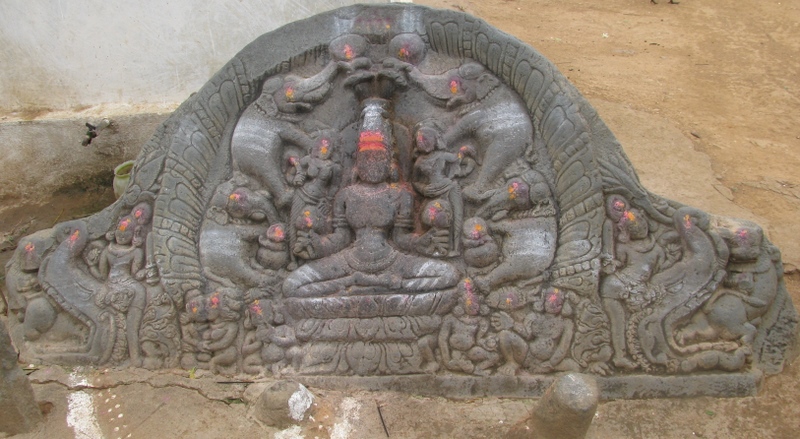 In northern Karnataka, Gajalakshmi idols are commonly found near water bodies. Rarely, some of them have inscriptions and are called Badubbe -ಬಾದುಬ್ಬೆ  sculptures. There are many inscriptions in Kannada which mention a ritual Badubbe Parva  ಬಾದುಬ್ಬೆ ಪರ್ವ( Badubbe habba, festival) and Badubbe hola – ಬಾದುಬ್ಬೆ ಹೊಲ( fields of Badubbe). These inscriptions belong to the period before 12 and 13th centuries. No inscriptions of later centuries are found which mention Badubbe. Now, Badubbe worship has been completely forgotten in the region. In many places, Badubbe idol is used as Bananthi Kallu – ಬಾಣಂತಿ ಕಲ್ಲು as explained above. 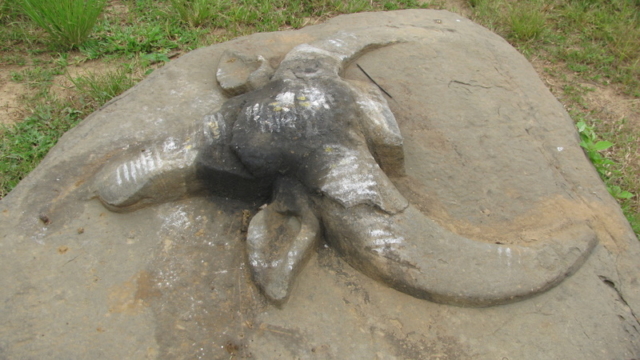 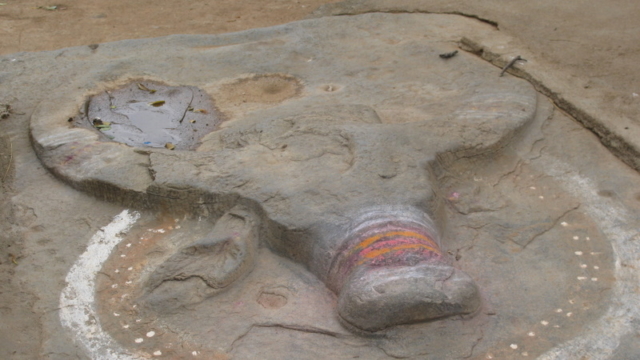 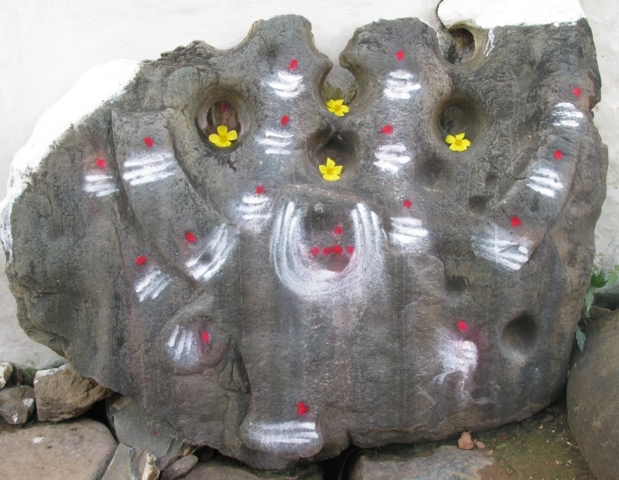 Konana Thale ಕೋಣನ ತಲೆ- Bison Head sculptures are found in the districts of Haveri, Dharwad, Gadag, some parts of Bellary, and Bijapur districts. In present times, like Gajalakshmi sculptures, the significance and worship of these sculptures are faded away. They are often found outside of village boundaries and in some places, by the side of Gajalakshmi sculptures. In most places, they are carved on boulders at outskirts of villages. Sometimes they are depicted with flowers between the horns. Many villages across Karnataka have the word ‘Kona’ in them, like,  Konanan Thale, Konana Thambigi, Konandur etc.

These sculptures are not found in southern parts of Karnataka. In this region, Durga sculptures with goddess standing on the head of a buffalo are seen near the tanks or near water pond and wells. This shows that these images may relate to the worship of source of potable water.

Rarely, these sculptures are found with inscriptions. On the buffalo head of Kachchavi village, there is an inscription belonging to 5th century AD. On the basis of this evidence, we can say that these buffalo heads were worshiped as early as 5th AD in northern parts of Karnataka.

These stones were installed to denote the donation of cows. Some varieties in this category were installed in a place to define its existence.  These were installed to declare progression of a ದೊಡ್ಡಿ- doddi – barn to a village fit for settlement. Typically a place used to be declared as a village if it contained a place of worship-temple, and a lake to sustain the livelihood of people. These stones typically have a plough and a lotus etched on them. You can find Gosaasa stones arranged in a matrix grouped in numbers like 3, 6, 9, 12.  Some of them have interesting sculptures like ox or oxen ploughing the fields, Kalasaas (scared pots), twin fish, or an elephant.This culture of erecting Gosaasa stones which existed in the region is long forgotten and there is total lack of awareness among people about Gosaasa stones. If you come across such stones in your vicinity, the Academy requests you to educate people who might be using such stones for domestic purposes. 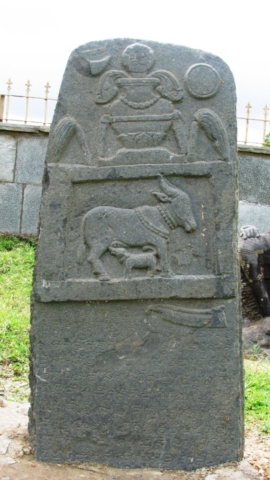 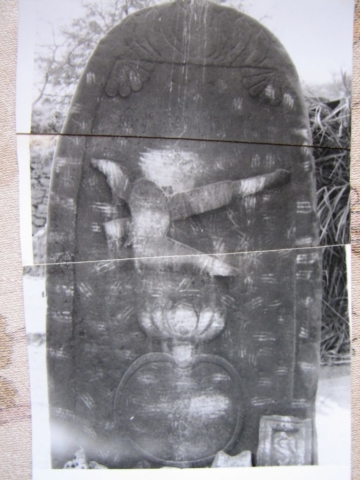 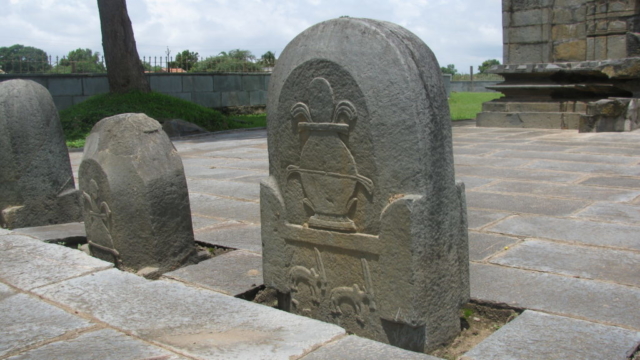 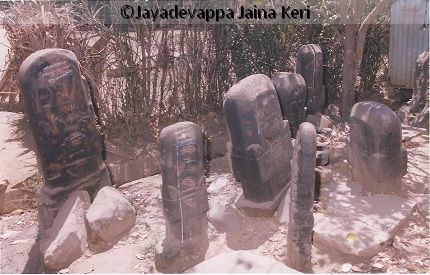 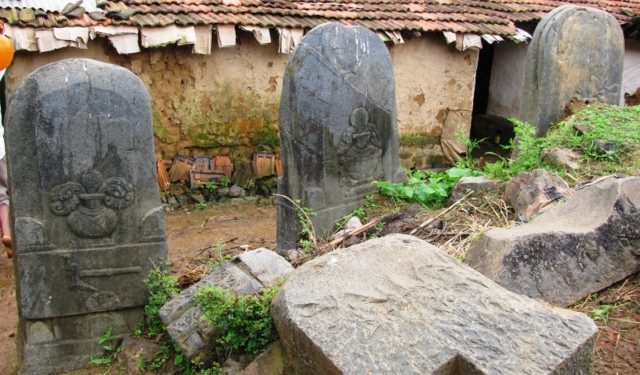 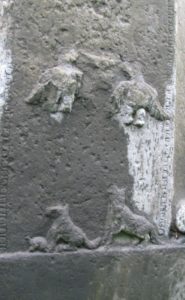 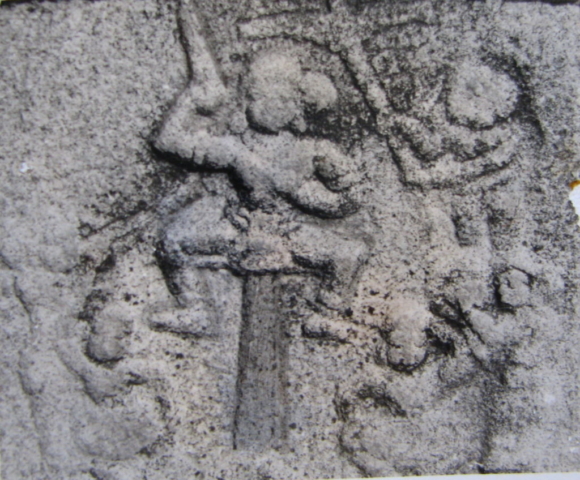 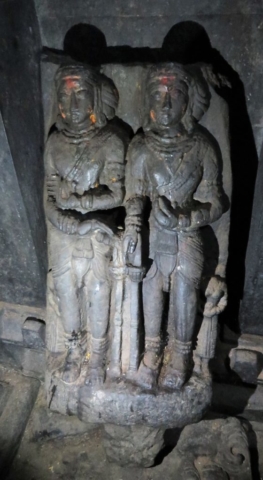 Shula Brahma is a devotee, who on a precious day, sacrifices his life  sitting on a sharp spear which pierces his body.  There are memorial stones erected for such Shula Brahmas across Karnataka and parts of Andhra which were part of Kannada region. This ritual came to practice with the advent of Veerashaivism in Karnataka. The Shula Brahma or the devotee is shown sitting on a sharp spear planted on the ground sacrificing his life for his religious faith.  In some stones, Shula Brahma is shown standing by holding the spear on the side.