ಐತಿಹಾಸಿಕ ಪರಂಪರೆ ಉಳಿಸಿ ಸಪ್ತಾಹ – ‘Save Historical Heritage’ week is held by Karnataka Itihasa Academy every year in August.The purpose is to create awareness and encourage public to protect neglected temples, inscriptions, manuscripts and ancient paper records and enlighten them about their importance. A poster is released each year to be distributed to schools and general public. Academy members in many districts across the state conduct heritage awareness programs as part of this initiative. This year the event is being held at Mahanandeeshwara Devalaya, Gabburu, Devadurga Taluk, Raichur district in association with Department of Archaeology,Museums and Heritage on Sunday, 28th August. Academy members, especially of Raichur district and the general public are requested to attend this function. 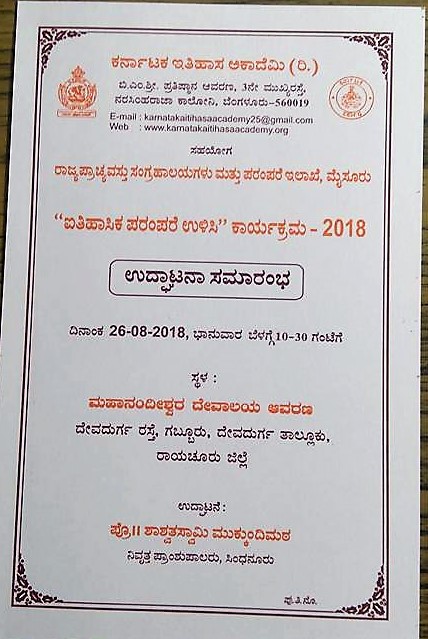 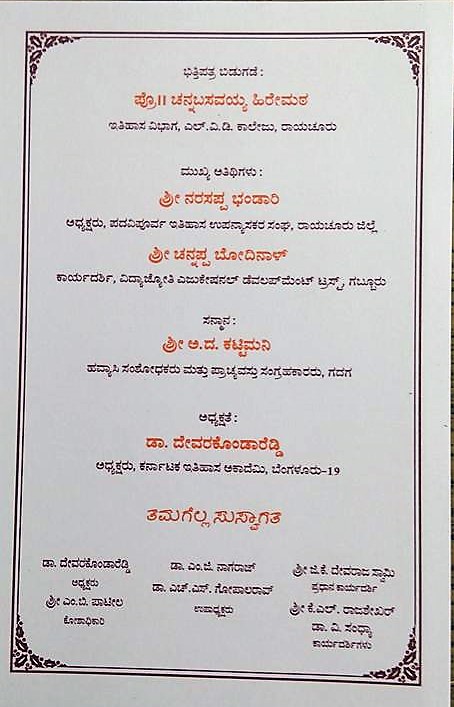 Itihasa Dharshana Volumes 1 to 30 are available on our website